Sheikh Alparslan Kuytul was born in 1965 in the Adana province in Turkey. With the blessing of Allah, he grew up as a child with a tendency to Islam. When he was young, he would often go to the Mosque with his friends to pray and he would also clean the mosque. He grew up with love for the Qur’an and the Sunnah, especially in the light of the education he has received from scholars and religious sensitivity he has received from his father.

He completed his primary education in Adana Primary School, his secondary education in Tepebag Secondary School and his high school education in Adana Boys’ High School. Between 1980 and 1982, while he was in high school, he would take his friends to the nearby mosque to give Islamic lectures after school and on the weekends. Honorable Sheikh Alparslan Kuytul began his postsecondary education in Civil Engineering at the Cukurova University Faculty of Engineering and Architecture in 1983. In 1986, while he was a university student, he established his first student house and he would give Islamic lectures to students and artisans. To further his activities, he established the Brothers Bookshop in 1988. He continued his dawah and weekly lectures at the garden of the bookshop for many years. Having graduated from university in 1987-1988 school year and completing his mandatory army service in 1990, Sheikh Alparslan Kuytul enrolled in Faculty of Islamic Jurisprudence at the Egyptian Al Azhar University in 1992. After graduating from Al Azhar in 1997, he returned to Turkey.

Since his high school years, Sheikh Alparslan Kuytul saw that Allah’s right to sovereignty was seized by humans and therefore reacted to this by trying to awaken the people with the chant “Allah has to Rule in Allahs World”. On the other hand, the situation of the Muslims, the ongoing oppressions and the decline of our youth deeply disturbed him and for the salvation of the Ummah, he has been struggling for the emergence of a divine Islamic movement.

While continuing his education at Al Azhar, he founded the Furkan Education and Service Foundation in November 1994. After the founding of the movement, the foundation continued its activities in the movement headquarters. At the same time, the Foundation has opened branches in many provinces and districts. Sheikh Alparslan Kuytul gives Tafsir and certain Islamic topic lessons every Friday evening at the headquarters. He also gives lessons to his students in Hadith, Seerah, Fıqh, Usool and Arabic to become scholars in Islam. İn addition to this he gives lessons in Middle Eastern politics, Man-made Ideologies, Contemporary Concepts and World Politics for his students to become “intellectual scholars”. This is because Sheikh Alparslan Kuytul believes that the revival, liberty and reconstruction of the Ummah depend on raising the Leading Generation that possess the qualities of intellectuals and religious scholars. Much of these courses are available on-demand at www.furkanvakfi.net.

While continuing his activities, he has founded the “Furkan Generation – The Leading Generation” magazine in 2011. He acts as the main columnist for the magazine with his monthly articles on theological and political issues.

Sheikh Alparslan Kuytul, who gives lectures on one hand, is also trying to establish social consciousness by organizing public conferences in Turkey and abroad. He also makes interviews with university students, bookshop chats, lectures over internet, demonstrations against injustice, iftar programs during Ramadan and Ramadan chats. Sheikh Kuytul has revived the forgotten sunnah of advising and attending to relatives, initiated chat groups with relatives and in this way, he was instrumental in getting other members of the movement to start hundreds of chat groups with their relatives. Sheikh Alparslan Kuytul, who emphasizes the scientific and spiritual development of his students, has been keeping the forgotten sunnah of itiqaf alive in Turkey for 15 years and those that agree with the vision of the Furkan movement have been indulging in itiqaf in various cities and provinces across Turkey.
Friday Tafsir classes, which he has been hosting since 1994, is broadcast live on www.furkanvakfi.net and is viewed by thousands of people and his analysis on topics regarding fiqh, politics and general social issues in the QA section, is popular with a large audience on social media and resonates with people across many political spectrums. Sheikh Alparslan Kuytul, who has been organizing conferences, talks across many provinces since 2003 and despite consistently having audience of thousands of people, since 2014 his conferences have been placed under an embargo through the government by external factions, to the point that conferences were forced to be shut down, since then the movement was not allowed permits to book conference halls or banquet halls and the conferences were banned from being broadcasted live on TV.

One thing that separates Sheikh Kuytul from other scholars is his unwillingness to ignore the country and world affairs and his commentary on political topics through the light of the Qur’an and the Sunnah. His courage to always speak the truth distinguishes him from mainstream scholars. He has never feared to speak the truth and always said “If Islam and Muslims are being harmed, I will speak! I do not think of my end, only my duties”. This is why he has dealt with many obstacles, lawsuits and slander. However, he has not been coerced by threats or slander and continued to yell the truth and stand with the oppressed. He has condemned the wrong and never stood with any wrongdoer. 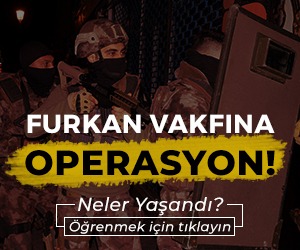